NetEnt, one of the largest gambling software developers in the globe has revealed that their games have finally gone live within the jurisdiction of New Jersey. This is pleasing as after the last year of constant persistence & efforts to enter the market NetEnt has finally been able to do so. Their games are being provided through the Borgata Casino Hotel, an online casino that’s oddly named. Bwin.Party runs this casino & looks forward to seeing this platform make its way to the casino. 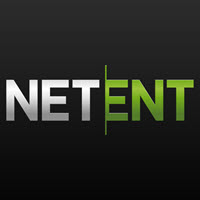 There are only a few games currently being offered with dozens more to be released with every passing week. The games currently available include Flowers, Fruit Shop, Gonzo’s Quest & Jack and the Beanstalk. All of these games can be played on both mobile and desktop platforms to whomever lives in the boundaries of the state of New Jersey. Each of the new games released in upcoming weeks will be available in both mobile & desktop platforms as well.

The Managing Director of NetEnt America’s commented on this revilement stating, “I’m thrilled and pleased to see that NetEnt is finally available to the citizens of New Jersey. Our selection of games for both desktop and mobile platforms will surely mark a milestone for this state. We’re dedicated to releasing each of our games in the upcoming weeks. This announcement also comes as a milestone achievement for NetEnt as well, we’ve been driven to re-enter the USA Gambling Market. Thanks to the state of New Jersey this is now possible.”