Rockstar Games, the developers behind the Grand Theft Auto Franchise and Red Dead Redemption Standalone announced today that they will be releasing a new game come the first quarter in 2015. This came to a shock to the video game industry as Rockstar Games normally doesn’t release a game every two years, it usually takes them four to five years to develop one of their open world adventure games. During 2014 Rockstar Games created Grand Theft Auto 5, it quickly became the fastest selling GTA in existence. 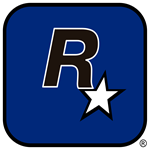 The question that was asked by nearly every games is will Grand Theft Auto 5 be released on the Xbox One and Playstation 4? Rockstar Games said that they wouldn’t be releasing the title on the next generation consoles but recent rumors indicate that Rockstar Games won’t only release a next generation version of Grand Theft Auto 5 but it will also include added areas for players to explore. The game is said to be twice as large as it was when it was first released, essentially giving players an entire new Grand Theft Auto game to experience.

Rockstar Games made the announcement through their Twitter Account saying, “Today we would like to announce that we we’ll be releasing a new game for the Xbox One and Playstation 4. We will be revealing some information about the game at the E3 Gaming Conference, until then we know the rumors will float around as to what game it might be. All we can say is it is something familiar.”

Microsoft unveiled today that they will be releasing a new Xbox One that will cost only $400 in store, matching up to the $450 price tag that the Playstation 4 has in Canada and other countries throughout the world. This new Xbox One won’t have the Kinect, thus by making the device cheaper for Microsoft to sell to consumers. 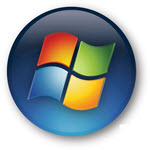 This is sure to bring in a mass amount of revenue for Microsoft as the Xbox One will not match the Playstation 4 in nearly every country and will be cheaper than the Playstation 4 in others. Canadian Gamers have to game $450 for a Playstation 4 while American Gamers have to pay $400 for the same device, this is a result of a border patrol issue that occurred in British Columbia when the PS4 was first released. Essentially the market is now tied and it all depends on what console you prefer, what games they have to offer and how the consoles performs with its U.I.

Microsoft made this announcement as a surprise, making the announcement through their website and an email to anyone who is registered with the Xbox Email List. Phil Spencer, the Head of Xbox said the following during the announcement: “We have heard the cries from our fans, you all want an Xbox One that doesn’t have the Kinect Attachment alongside it. This has resulted in us being able to sell the console for a cheaper price, $400 to be exact. We cannot wait to see how this benefits Xbox and Gamers everywhere.”